The Geopolitical Mystery of the Kurdish Imperative 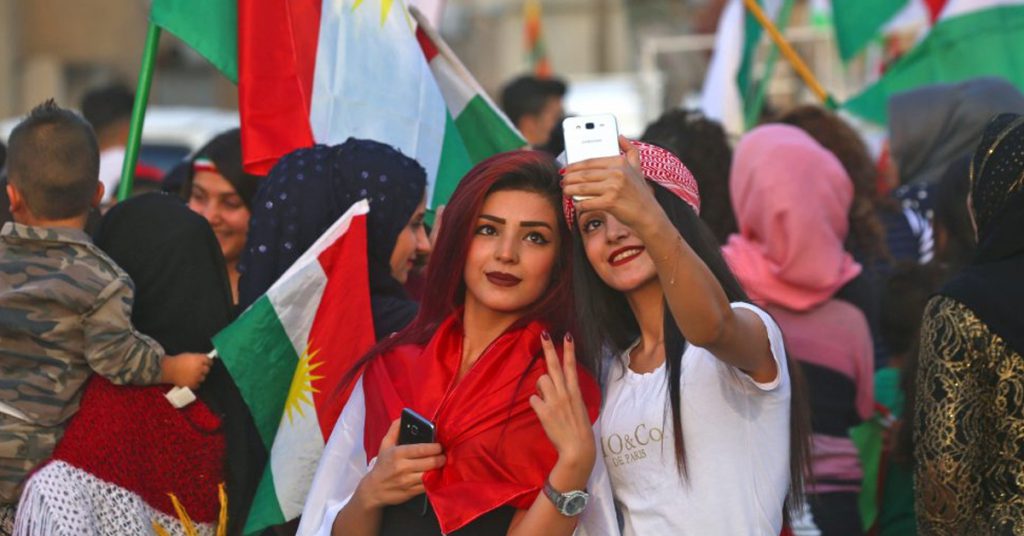 Kurdish Independence and the Folly of a Unified Iraq

With the United States’ invasion of Iraq in 2003 the Iraqi state has been a sectarian mess and geopolitical nightmare for policy-makers of all creeds. The US disbanded the Iraqi military that served under Saddam Hussein and banned Ba’ath-party members from public office. The resulting political and military vacuum was filled by mostly Shiite Iraqis and the Kurdistan Autonomous Region was established giving the Iraqi Kurds executive and legislative authority in their own region, along with maintaining their own security forces. The Iranians, who at the time had received their stamp as part of “the axis of evil” and are still regarded today by the Americans as the trouble-makers of the world, saw their own arch-enemy wiped off the geopolitical chessboard overnight. The Iranians were able to capitalize on the renewed Shia dominated political power-structure and one could argue that Iraq has become a de facto satellite-state of Iran. Regardless of whether or not Iran is indeed the scary Bogeyman the US portray it to be, this lays bare a strange political reality: if an important objective of the Americans is to prevent more or even reduce Iranian influence and power in the region then why are they complicit in keeping an Iranian satellite-state intact?

Over the years there have been plenty of opinions, policy options and different solutions to the Iraqi quagmire, yet the United States seems hell-bent on keeping Iraq together. This is reflected in American officials’ almost robotic reiterances of supporting “a unified, stable, democratic, and federal Iraq”, dodging questions on the Kurdish issue. This left room for ambiguity on whether or not the Kurdish region should remain a part of Iraq, giving the Iranians their very own “Shiite corridor”. One of the possible solutions to this quagmire is the daunting break-up of the Iraqi state, with the creation of at least one new Kurdish state. This solution is alluring to the United States and its allies for several reasons.

The European Union has for some time sought ways to reduce its dependency on Russian energy. An independent Kurdistan could provide this reduction. As the report commissioned by the Directorate-General for External Policies Policy Department of the European Parliament by Micco (2014) states: Iraqi gas does not constitute a short-term substitute for Russian export due to “instability and the lack of infrastructure”, but it could well be a long term solution as it has sufficient reserves. However, this long-term solution would depend on the level of stability in the country.

In extension of the geo-strategic economic angle there are also security imperatives to be considered. The oft-used argument against an independent Kurdistan is that it would destabilize Iraq and the region. However, as Ari Rudolph blatantly pointed out in an op-ed published in the Times of Israel in 2017, this implies “(…)that there is currently a modicum of stability in Iraq” – or indeed the region. Since the de jure creation of the Kurdistan Autonomous Region in 2005, northern Iraq has been a beacon of stability as shown by the lack of violence and considerable amounts of economic investments. Moreover, the Kurds have proven time and again to be friends of and sympathetic to Americans and the West, and would even be a friend in the region to Israel – one only needs to glance at the media covering these issues for visual proof of this fact. An independent Kurdistan could thus not only become an important energy supplier of Europe but also act as a stable, friendly state to the U.S. from which it could launch military operations that other so-called allies in the region – Saudi Arabia and Turkey – have refused to allow.

Moving on from geopolitical motivations there are also strong humanitarian and normative arguments for a Kurdish secession to be made, which perhaps should trump any rationally calculated move. The stability of the Kurdistan region has not only made it possible for refugees to seek a safe haven there, they were allowed to. Iraqi Kurdistan currently hosts between 1.6 and 2 million refugees. With a population of roughly 5 million this then would be the equivalent of about 130 million refugees in the United States. There are indeed plenty of other countries in the region that host a significant number of refugees, however, these are mostly part of larger deals (e.g. the EU-Turkey deal on migrant crisis) and highly dependent on foreign aid, whereas the Kurdish Regional Government largely makes due. This intrinsic humanitarianism of the Kurds no doubt stems from the horrors and injustices they themselves have been subjected to throughout history, just as European post-modern thought is highly influenced by the atrocities of the Second World War. This Kurdish modernism is also reflected in their stance on issues like gender equality. The Peshmerga (Kurdish soldiers) accept female recruits. Men are allowed to marry only one woman by law. Women can do anything a man is allowed to do. The Iraqi Kurdish parliament has a quota requiring at least 30% of its members to be female. Despite lingering elements of tribalism, democracy is an important element of Kurdish politics where elections are deemed free and fair as measured by the National Democratic Institute in 2013. These are feats that are without question a positive anomaly in the Middle East, only matched by Israel.

Finally, there is a legal argument for the secession of Iraqi Kurdistan. The principle of self-determination first formulated by then American president Woodrow Wilson is now codified in international law. There are thousands of independence movements in the world, but holding that list in the light of international law few remain. The Kurds would be one of those few. The Montevideo Convention on the Rights and Duties of States and the UN Charter were only the beginning of this codification, but has since been elaborated upon in other internationally agreed upon documents (see e.g. UN GA Resolution 2625, 1970). By all standards, the international community should support the Kurdish claim as they tick all the legal (e.g. their human rights not being respected by the state in which they live), objective (e.g. the requirements laid out by the Montevideo Convention) and subjective boxes (e.g. the feeling of belonging to a distinct peoples) for a right to independence. (For an elaboration on ‘the ticking of these boxes’, see e.g. Erwald, 1994; McDowall, 1996; Hadji, 2015; Phillips, 2015.) Due to the development of governmental institutions within the Kurdistan Autonomous Region since the implementation of the no-fly zone in 1992, the Kurds already have their own viable state which does not only have the foundation for a healthy democracy but also has its borders already defined and the ability to sustain itself economically and operate autonomously in the international political arena.

The Kurdish question thus remains riddled with (geo-)political mysteries. US state department officials avoid taking a clear position on the issue, and it is not clear why. The argument that independence for the Iraqi Kurds would anger neighbouring states is simply unsatisfying as it seems to only play in the hands of the lynchpin in the axis of evil and its allies, if we are to accept it as such: Iran. Turkeys fears of any independence awakening or feeding similar sentiments within its own borders is rooted in fallacy: this did not happen with the de jure creation of the Kurdistan Autonomous Region and there is no reason to believe it would with independence. Moreover, these sentiments and their movements have been present in Turkey since its inception but have waxed and waned along with the government’s stance towards the Turkish Kurds. In other words: this seems to be entirely in the hands of the Turkish government and not dependent on anyone or series of events abroad. Surely Saudi Arabia would welcome a weakening of the satellite-state of its Iranian nemesis.

Iraq has been very unstable since its creation even when it was ruled with an iron fist. In an unprecedented bid for failed state-hood it ensured ISIS became the most powerful terrorist group in the world overnight by supplying it with some $300 million in cash and countless arms and ammunition ranging from small arms to anti-tank weaponry along with handing over armoured vehicles (including Abrams tanks, Black Hawk helicopters and roughly 2.300 humvees!) through abandoning Mosul. A 25.000 strong American-trained and equipped Iraqi army contingent fled Mosul in sight of a mere 1.500 ISIS fighters approaching the city. Meanwhile Washington keeps routing its supplies to the Peshmerga through Baghdad for fear of misuse by Kurdish forces. This is strange for the fact that these supplies are supposed to end up in Kurdish hands anyway plus the incorporated assumption that Iraq will not misuse these supplies. The above incident clearly shows that the Iraqis cannot be trusted. Moreover, the supplies do not end up in Kurdish hands as the Iraqi army and its Iranian controlled Shia militias take the lion’s share of the supplies. The circumstances that made the Balkanization possible will not come about in Iraqi Kurdistan. However, in light of the strategic, humanitarian and legal arguments it remains a mystery  as to why the US does not actively push for an independent Kurdistan.

Any cookies that may not be particularly necessary for the website to function and is used specifically to collect user personal data via analytics, ads, other embedded contents are termed as non-necessary cookies. It is mandatory to procure user consent prior to running these cookies on your website.