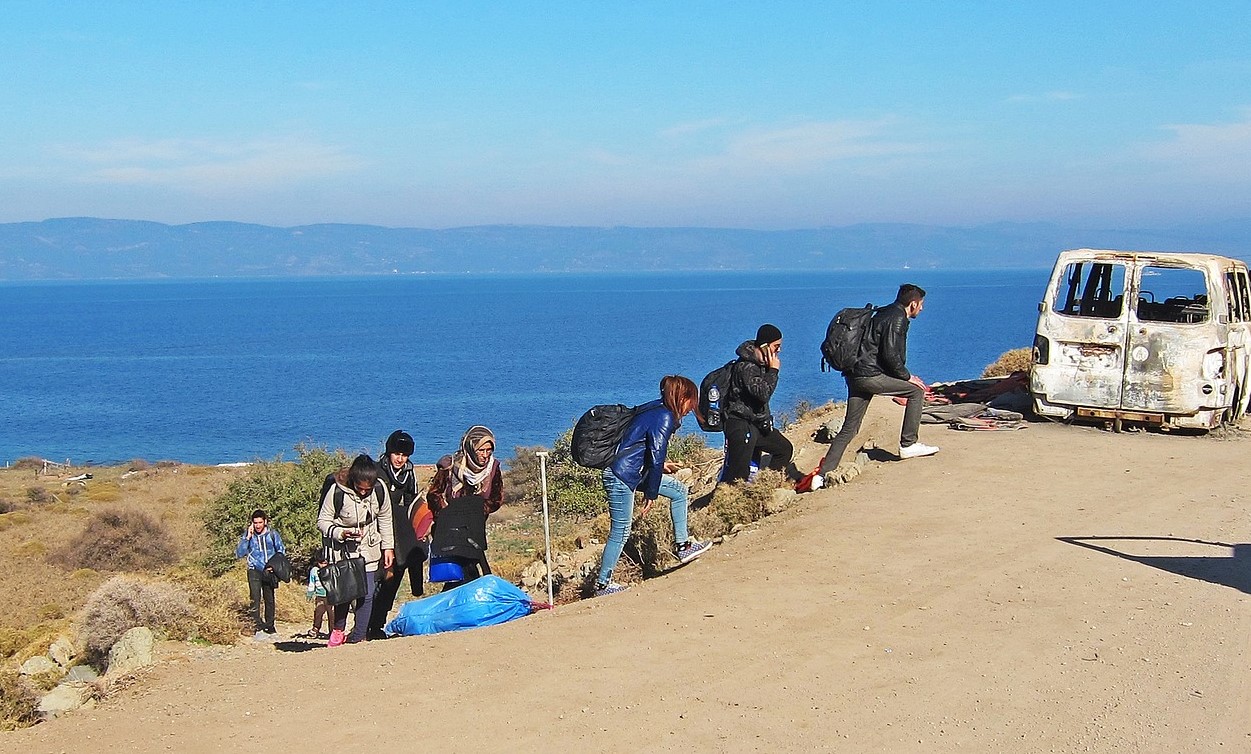 Interview with Ahmad from Syria: “It has been five busy years for me”

Interview with Ahmad from Syria: “It has been five busy years for me”

What is it like to be a refugee in The Netherlands? We asked Ahmad (30) from Syria about his experience. He openly shares how he developed himself since he came here – and how association VluchtelingenWerk helped him deal with the pitfalls: “I needed some time to understand the community.”

Could you tell us a little bit about yourself?
My name is Ahmad, I am 30 years old, I am from Damascus and I arrived in the Netherlands late 2014, around November. I was a mechanical engineering student in Damascus, living with my mom and having an ordinary life for a student, but due to the situation there I needed to stop my studies and flee the country.

What kind of things did they help you with?
During the procedure of de asylum, they explained how things were going to be for me and explained step by step what needed to be done and what to expect. I had a family reunion case, which they helped me with as well. We approximately had one year of contact about that, during which they helped me with the procedure, sometimes via legal support, sometimes by being a contact person. I could not have done these things without VluchtelingenWerk. They also helped me with housing and told me more about the education system here. Two years after I had come to the Netherlands, I started doing volunteer work for VluchtelingenWerk, which became my first daytime job here.

What kind of volunteer work did you do for VluchtelingenWerk?
I facilitated training for newcomers, giving them an idea for what is to come, giving information about the insurance system and the education system – all this stuff is completely new and different for them. Training is needed to prevent problems, to support people and to make sure that they make the right choices. We helped them to integrate better. There also was a need to inform people that scams were possibly targeted at them, since newcomers do not yet know how the system works.

I heard that mainly refugees from specific places are targeted.
That could be, it can vary how people react in a western community. Levels in education differ per region. It can be that people from a certain area are more exposed to these kinds of things than others. To a large extent, people nowadays have an idea what life here looks like. In the beginning, when people started to come in with large numbers in 2014/2015, many people had to go through these kinds of troubles. I am not sure if it still happens now.

Can you tell us a bit more about your life in The Netherlands?
When I came here, I needed some time to understand the community and how society and people interact, because I have a different cultural background. A person needs time to understand the differences. Misunderstandings are always possible when two different cultures interact with each other. When I noticed these differences, and some misunderstandings were avoided, it became easier to interpret these interactions and feel better about certain topics. Applying for a job is much easier if you understand what is meant by a certain sentence of an employer. If you do not understand it, it can lead to a completely different answer – or you not being employed. It might seem a minor issue, but it has big consequences. It adds up: once you start to understand things better, you can find a way in this new place.

What is your experience with Dutch people?
Objectively, they are kind in general. I only had two instances where people were not so kind. Living in the Netherlands is comfortable in general. However, it seems hard to make Dutch friends for some reason. I don’t know if that depends on who I am, or on cultural reasons, maybe. I did have a group of people at university, which I consider to be good friends.

Was it easy to continue your studies here?
Not at all. I wanted to study the same thing I studied in Syria, mechanical engineering. A B2 language level was required, but also many other specialised exams. I was disappointed, as that would cost me years, so I looked for different options. I found this program that was taught in English and which had some less strict conditions that the program I initially wanted to do. In general, I think that the education system in the Netherlands needs to change so that people with certain experience, like doctors for example, do not need to start completely from the beginning.
In Germany, for example, a person who has studied medicine in another country can immediately continue their studies as soon as they speak the required language. I understand that this is not always possible, for example for people who studied law as this is very specific for a country, but it would be more fair if the experience of people is not completely ignored. Personally, I already had a predefined plan before I came here, I wanted to study as quickly as possible – which I did, in 2016. It was the same day I started my work at VluchtelingenWerk. Last summer I graduated from the University of Utrecht where I studied Global Sustainability Science.

Congratulations!
Thank you! Last week I started my new job and I am very happy to say that it is also related to my studies, which is really nice. It has been 5 busy years for me. Since my arrival I had something in mind I wanted to achieve, combining my studies with different chances of work experience. I am now trying to get my master’s degree alongside working at my job.

Any cookies that may not be particularly necessary for the website to function and is used specifically to collect user personal data via analytics, ads, other embedded contents are termed as non-necessary cookies. It is mandatory to procure user consent prior to running these cookies on your website.